Help for a silent world

Lei Mei was 25 when she suddenly lost her hearing. It was a devastating blow. She knew that being deaf would mean the loss of her job as a salesperson.

Her future looked bleak. She did, indeed, lose her job and learned that the only way she could hear again would be a cochlear implant, costing her US$30,000. She had been earning approx. US$200 per month and paying all her costs out of that. This purchase, then, was impossible. She tried selling goods on the street at night but, with her hearing challenge, this was harder for her than others in the noisy marketplace and she struggled. With just two years’ schooling, she had nothing else to fall back on.

In time, she was introduced to ‘Hearts and Hands’, an organisation which had, amazingly, been set up in her area to employ people with hearing difficulties. They taught her how to make handicrafts and, today, she has done so well she is in charge of the stock and fabric rooms. When our Global Handicrafts team visited, they told us, “She said that normally, in her local community, deaf people are treated as second rate and very often cheated. Here, though, she is genuinely respected and valued and nobody cheats anyone. It is truly run on a fair trade basis. She loves this work.” 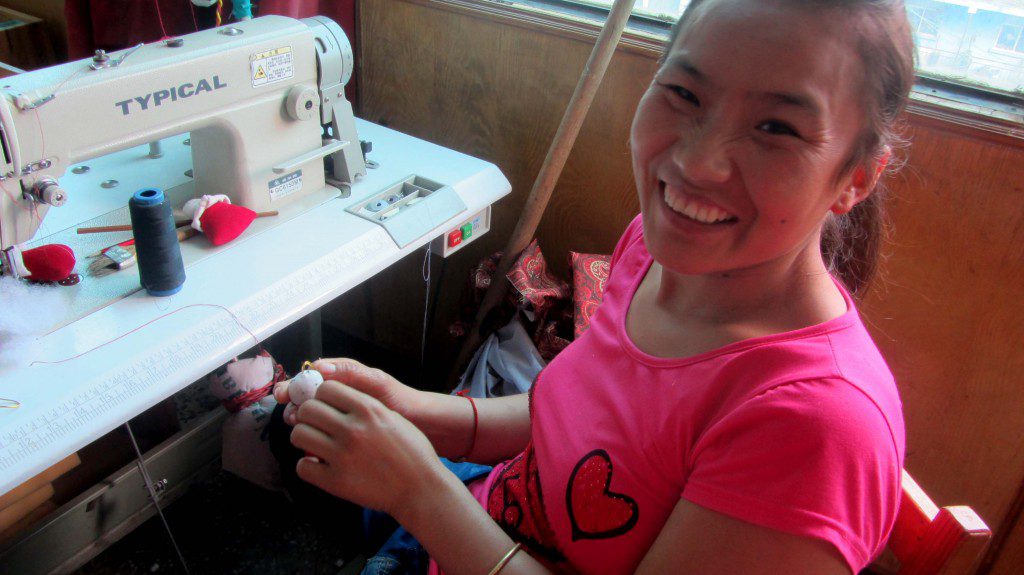