Education: Key for a new beginning

Education simply stopped in the north of Uganda during the twenty year civil war. The Lord’s Resistance Army terrorised the local people, kidnapping children as young as 7 to serve as child soldiers or ‘wives’ for the rebels. Most were forced to kill. Many were sexually abused. Young lives came face to face with torture, cannabalism and worse.

During that time, almost all the residents in towns like Kitgum moved into camps for Internally Displaced Persons, We visited in 2004 and took the photo, right, among many, of the little ones trying to survive.

The camp had no medical care, little food, scarce water and absolutely no schooling of any kind.

Fast forward to today. At first, we made the mistake of thinking we wouldn’t be seeing the need we had seen a decade before. It was rather shocking, therefore, to see many of the same challenges remain, although the conflict is long over. Re-starting their economy, when the adults themselves cannot read or write, is very difficult. 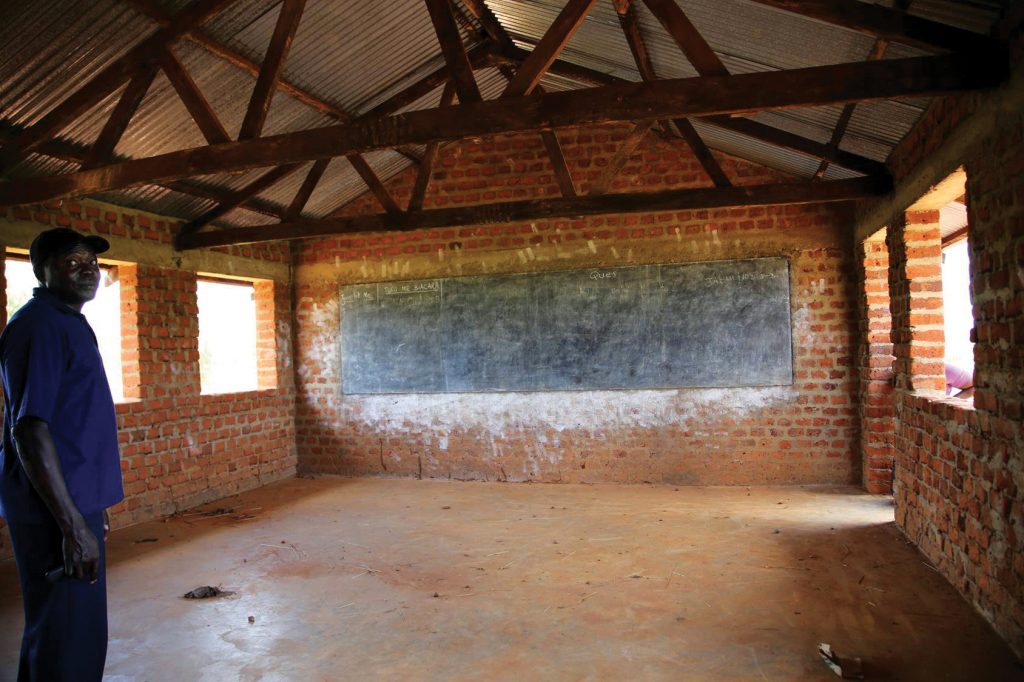 Schools like this are typical of those in Northern Uganda. Vastly under-resourced, often with earthen floors, no glass in windows, no toilet block and very few teaching materials. Empowering partnerships will be needed if today’s little ones are to have the education that was robbed from their parents and grandparents

Our partners on the ground tell us they believe education is a major part of the answer. Through our partnering services, we have been glad to set them up with others who are helping fund school development here.