It’s 4 AM in Surif, Palestine and although it’s still dark outside, Zeina is getting out of bed to start the day. As a woman in a region fraught with fear, unemployment and the constant fear of conflict, Zeina doesn’t find life easy. She shoulders the responsibility of raising a family and managing a household with very little money. Soon after breakfast, Zeina visits her elderly mother who at 88 is frail and in need of daily care. With no insurance or affordable medical treatment, Zeina looks after her mother and makes sure she has what she needs.

On bad days, when her mother is sick, Zeina can’t go to work. Today, though, she’s well enough to let Zeina go to her office. Here, Zeina oversees a small cooperative of women who make traditional Palestinian embroidery. A single hand-embroidered scarf can take over 100 hours of work and because the women are busy managing households, they’ll often take home their work and return the piece, finished and ready for sale.

The cooperative is a lifeline for these women, at a time when so many Palestinian men are unemployed – the Gaza strip has one of the world’s highest unemployment rates. Women’s work like sewing, that was once seen as a sideline job adding to the husband’s income, has become a vital living wage for the families of the craftswomen. Zeina loves her job. To her, it means earning an income to support her family, while continuing the beautiful traditions of her ancestors generations before her. For many of her coworkers, the money earned from embroidery is the sole source of family income.

Created behind the barbed wire and walls surrounding Palestine, the embroidered handicrafts of Zeina and her coworkers would have little chance of being sold or seen in the world outside, were it not for Sunbula. Sunbula is a fair trade organisation that buys goods from small groups like Zeina’s cooperative, and sells them to retailers in nearby Jerusalem and throughout the world, including our own Global Handicrafts shop. We sell pencil cases, soap and jewellery made by these and other Palestinian artisans.

Zeina doesn’t know much about the people who might buy her cooperative’s beautifully embroidered products. Yet, she enjoys the extra income that they generate and the freedom that comes from being fairly paid for a job well done. In a land where uncertainty reigns, Zeina cherishes that all the more closely. 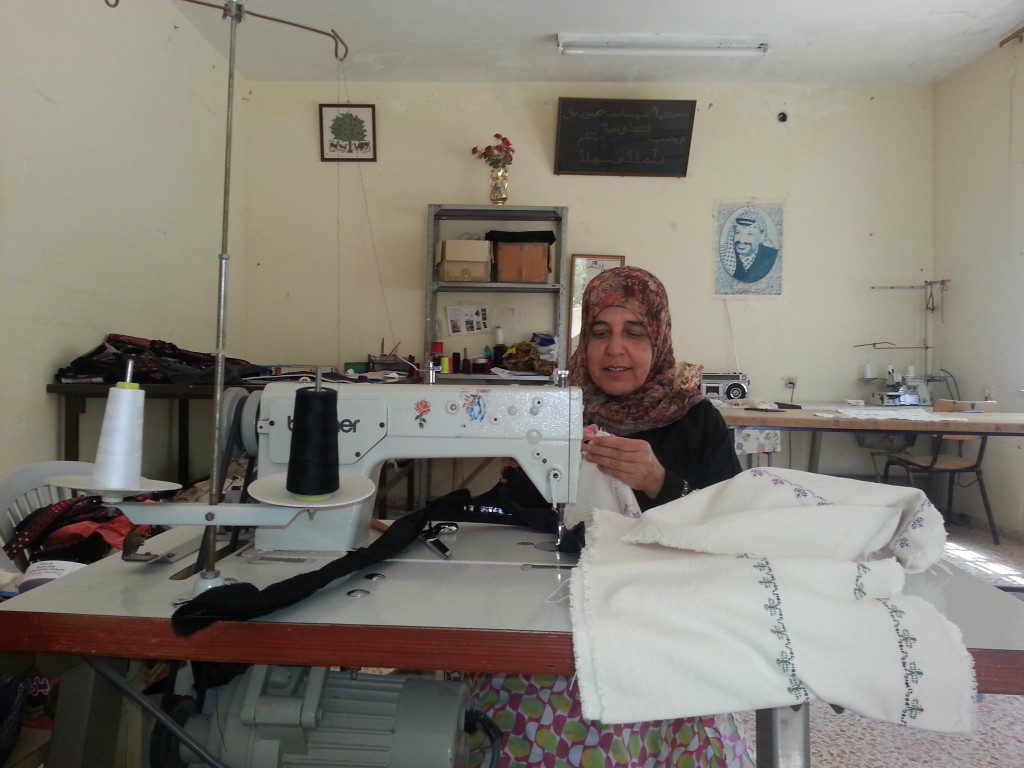